For the first time in history, the biggest soccer rivalries in Colombia were played on the same day and in the same stadium. Crosstown adversaries from Medellín, Atlético Nacional and Independiente, as well as their Cali counterparts, América and Deportivo met up in matchups that captured the attention of over 80% of the Colombian soccer world. The chosen venue for this unprecedented event was the Florida International University Stadium in Miami. As part of the four team Tournament, there was also a a Paisa/Caleño Challenge doubleheader. Matches were played on January 13 & 16, 2016. 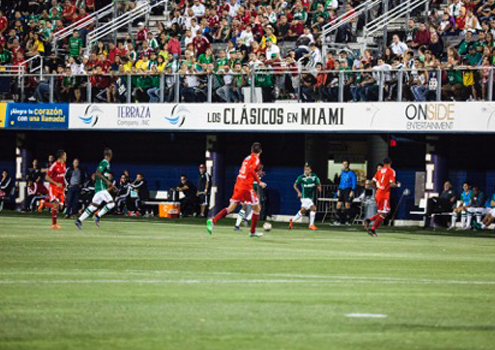 Enjoy a selection of images, videos and articles from the event